Workshop: Productive research networks and the legacy of DIVERSITAS

November 5, 2014 Off By admin
This blog post was originally published on the Future Earth Blog.

“DIVERSITAS is not just like any other scientific body – it is a network” posits Georgina Mace, the chair of the DIVERSITAS Scientific Committee. Like the socio-ecological networks at the heart of biodiversity research, the network of researchers that make up DIVERSITAS is extensive and seemingly foundational to the on-going research effort in this area. For over 20 years, DIVERSITAS has acted as a principal network for scientists and researchers studying aspects of biodiversity, and has been at the forefront of development of the fields of biodiversity and ecosystem services, through several landmark publications which were also the basis for some of the conclusions made in the Millennium Ecosystem Assessment (2005), and the third (2010) and fourth (2012) editions of the Global Biodiversity Outlook.

Joining this community of researchers as part of a team of early career scientists (picture below) during a celebration event in Seville that marked the end of the second phase of DIVERSITAS and its transition to Future Earth, I was interested in what the major legacy of DIVERSITAS will be. 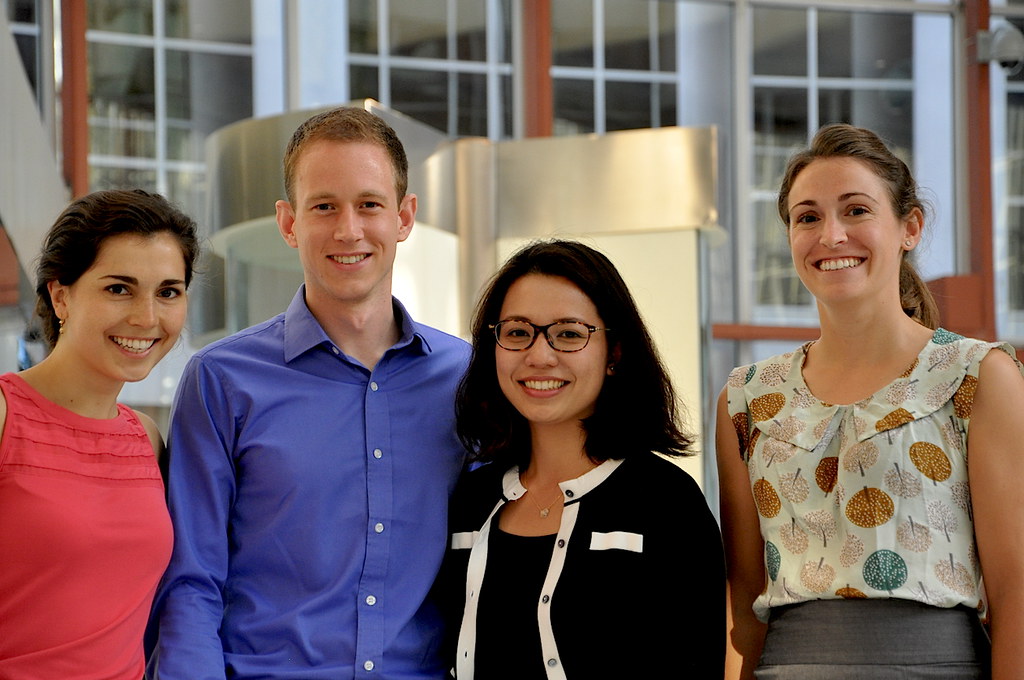 Carly Ziter, Jasper Montana, Vivian Lam, and Meghan O’Connell were the four young scientists selected to join the DIVERSITAS Celebration, which took place on September 30th 2014, in the role of “Reporters of the Celebration”.

Discussing what the major legacy of DIVERSITAS will be with participants revealed that the vast majority saw the research network established through DIVERSITAS as an invaluable enduring feature of its work. An interview with the ecologist Sandra Diaz, a member of the DIVERSITAS and Future Earth Science Committees, refers to this network as a “facility – something ready to be used. A network of people used to working together and wanting to work together”. Similar accounts emerged during a discussion panel on the contribution of DIVERSITAS to policy, observation and assessments.

It is not uncommon for major global research initiatives to find added value in people and processes beyond the research output or reports that they produce. Sociological research by Mitchell et al (2006), for example, has suggested that the interactions of researchers in “gathering data, conducting analyses, explaining, debating, learning, and interacting with each other around the issue” is a crucial process in developing research relevance and impact. Through long-term collaboration, researchers learn to work within shared conceptual frameworks, across a diverse array of disciplines and collaboratively develop new methodologies and terms that can be highly productive. The operationalization of the ecosystem services framework during the Millennium Ecosystem Assessment is one prime example.

Although such productive collaborative relationships may be desirable when developing research programmes, they are often impossible to design. Participants noted that networks and the relationships within them needed to grow organically and required nurturing once established. In a discussion panel reflecting on future collaborative research, Elena Bennett, co-chair of the ecoSERVICES project, proposed that developing a fun and productive research environment required setting down the initial conditions to allow the culture to develop organically from the ground up. Georgina Mace followed this up by commenting that “the nature of networks is that they are much easier to disrupt than they are to form – ecologists know that”. She suggested that success often lay in having key people to act as network nodes, both ensuring network stability and acting as reference points: a critical feature for the longevity of a network like DIVERSITAS.

DIVERSITAS has successfully endured over two decades, during which time some participants have remained the same and some have changed. As an early career researcher entering the DIVERSITAS community for the first time, I wanted to reflect on the way in which young researchers might engage with a global environmental research network such as DIVERSITAS or Future Earth.

Exploring this question in a discussion with Science Committee member, Belinda Reyers, we noted that the ability to put yourself forward and establish your own networks as a young researcher is now a key characteristic of success in global environmental change research. Although social capabilities would never replace the need to do fundamentally good research, it certainly goes hand in hand with making valuable contributions in this new era of problem-focused science.

The formation of networks in research is central to developing links between generations of researchers, however participants also recognised that a network approach can occasionally have its drawbacks. In particular, when a research network is seeking to reach out to and include new disciplines or geographic regions, it can be difficult to know where to look, because networks often rely on known contacts and communities. However, balancing a network approach with occasional open calls for participation is likely to help address this concern.

The opportunity to participate in the DIVERSITAS celebrations in response to one of these open calls was significant for me. It provided an opportunity to discuss and reflect on the nature of biodiversity research and my work in this area in the future. Looking ahead, the global challenges we face are likely to be complex. Persisting in the work of Future Earth, the legacy of DIVERSITAS is likely to be in its people, its culture and the establishment of a shared desire to work together: a powerful network equipped and ready to address these environmental change issues.

See our short video from this workshop below.

Very proud to see this out. We call for a pluralistic approach to biodiversity that works for justice and human and ecological well-being With a fantastic team including @unaipasku @sdiazecology Sharad Lele, Bill Adams and the late Georgina Mace.

Don't forget that the @S4D4C final meeting is happening all this week! http://bit.ly/3r0rlTq

My paper in @EnvConsJournal critically examines the science of #biodiversity #conservation

Email me for PDF (megan.evans@unsw.edu.au)

New paper 🚨 check out our new agenda for research and action that places diversity and justice at the heart of transformative change for biodiversity http://doi.org/10.1111/cobi.13671 brilliantly leaded by @rini_rants @jaspermontana @nicolekalas